Device as a Service or DaaS has been in the market since the early 2010s but it did not pick up much traction until the COVID pandemic. Today, DaaS operates with cloud computing platforms like Microsoft Azure (DaaS Azure) to help bring this subscription to Windows users. In Australia, DaaS is becoming a more convenient alternative. 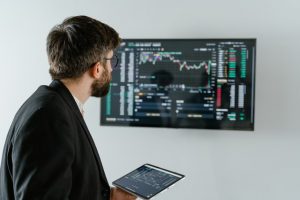 Since the pandemic broke out, Australian Institute of Family Studies (AIFS) revealed that 67 percent or two-thirds of the Australian population are working from home. Before the pandemic, it was only at 42 percent. Computerworld reports that in 2020, PC sales were up 11.8 percent but the biggest driver of this came from the laptop consumer market which had a growth of 29.3 percent. More people bought laptops than desktops due to work from home arrangements as well as online teaching. While this has been a boon to the IT industry, more companies are looking for DaaS in Australia because obviously, they were not prepared for a work-from-home set up.

In 2017, Lenovo published a white paper citing an IDC Survey which found that “40.2 percent of respondents have engaged or are planning to engage in DaaS in the next 12 months to address their needs.” During this time, the world wasn’t ready for this model. Today, the option for a DaaS Azure for Windows users is becoming more of a demand as a majority of tech products like software are now subscription-based. Even Microsoft Office, one of the most (if not the most) used set of applications in the world is now sitting comfortably on a subscription model.

DaaS eliminates a lot of IT-related concerns an end-user has to think about or manage when buying computer hardware or product. Because data is now being stored in the cloud, people want to deal less with the complexities of their devices. Microsoft Azure DaaS with Windows 10 users can now easily startup their devices without having to go through lengthy installation procedures. With DaaS, the service provider handles the hardware, software, maintenance, tech support, monitoring, asset recovery, etc… The end-user will just receive an invoice of his/her subscription.

DaaS Azure works well with companies that could not afford their own IT departments or startups who have no capital for IT infrastructure and maintenance as it eliminates the need to handle IT issues and challenges. While it seems like a loan towards the device, it is more of payment or subscription to the services that go with the device. Hardware can be replaced anyway. At the end of the day, DaaS is simplified IT management.